I’ve been off the blog for a few weeks for pure lack of content. Can you believe it? I live in India and I have nothing to say! Well, just to catch you up on what’s been going on in my life, I decided that today’s blog would be the highlights of the last few weeks. Where I’ve been, who I’ve been hanging with, what I’ve been pretending I’m too busy to do…you know, the day to day nothings. Here is the brief and wondrous synopsis of my last two weeks above the noise:

Trying to find my next assignment has been the death of me since August of last year. I have literally been thrown into a tizzy in finding the right gig, losing the right gig, fishing up other options with other benefits and weighing them against other hypothetical possibilities. Long story short, I am NOT going to Ethiopia. I’ve recently accepted a position in Mozambique and, I pray the gods have no objection to this one!

Two friends of mine are getting married soon – one in Paris in September, and another in the States in April. I’ve been browsing dresses, pricing flights, and looking at my treadmill with loathsome disdain. I’m excited for these nuptials, but finding a way to squeeze myself into something flattering is a fight for another day. 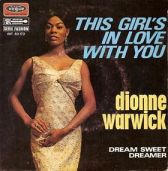 I’ve got a new beau, and it has been very difficult for me to contain my excitement. I’m pretty sure that this man is going to turn out to be Prince Akeem of Zamunda. It has all been so fast and so good – I’m feeling like Mariah Carey in the Bahamas ya’ll. I got friends sending me kitchy India Arie love songs now. It’s just been an all around mush fest these last few weeks. Life is good.

I have a few papers that won’t write themselves. I’m pursuing a post grad diploma here in India, and uhhh, I have 5 assignments due this week for reading in 5 books. I have only read one. AND, I promised another professor I would write a comparative literature article for a journal. I have only read one of the two books. Did I mention I have a new beau?

What’s more thrilling than procrastination you ask? My decision to get my taxes prepared by someone other than my mother! Yea, so in addition to whatever Uncle Sam tiefs, I will also be $600 broker when it’s all said and done. “Get your hand out my pocket!”

I’ve been looking into Lasik. It’s all the rage now and since it’s significantly less expensive to get these kinds of procedures done in India, I’m considering taking the leap as well. I’ve been to two doctors in the last month, because the first one gave me the skeevies. Imagine talking about burning your cornea with a laser with a guy who speaks like a used car salesman. I was not impressed. The new place I’m going actually told me that my corneas were too thin for Lasik, so now I’m looking into implantable contact lenses. This would mean no glasses until cataract sets in. (I’m sure this doesn’t strike you as the most thrilling update here, but I swear it’s been a fascinating experience.)

3 thoughts on “Play Catch Up”