Visions of Shimla were the most mesmerizing images I had of India before actually coming here to live. I’d watched a bloody awful film that was British-produced and blasted boring about a bloke retracing Mark Twain’s train travels. I recall that the toy train was traveling so slowly that people would get off, walk alongside it for a while, buy a samosa and a chai from a train-side stall and hop back on the train to munch. I was fascinated by the train, not the movie.

I was very motivated to take the toy train, but very unmotivated to take the real train that would get me from Delhi to Kalka to meet the Kalka to Shimla toy train. I’ve heard lots of yucky things about Indian trains. I’ve read the Namesake. And being trapped in a moving vehicle with no sanitary bathroom is not how I like to begin my vacations. Suffice it to say that watching this is the closest I came to actually taking the toy train. I went by car.

In my head Shimla was a mountain oasis, peaceful, quiet = very un-Delhi like. I’d associated peace and quiet with a sense of simplicity. I expected Shimla to have less. Less people, less cars, less traffic, less telephone poles, less stray dogs, less – all around. I was shocked to find that in this case less was actually more. At some point when we were able to drive at night and the roads were visible and passable, it clicked. The British were here!

It was in Shimla that the British spent summers away from the heat of the capital. Relocating the capital meant that whatever functions were possible in Delhi had to be possible in Shimla. And Shimla certainly appears to reflect all those possibilities. The technology seems on par, the access to stuff and things appears similar. But, I can only speak for the tourist experience. (I’ve heard from people who live in Himachal Pradesh that living in those mountains doesn’t offer much by way of upward mobility for the average citizen.)

Life thrives around Mall Road and the tourist experience lived there. There’s a lift (elevator) that takes you up and down the mountain for 10 rupees each way. Tickets can not be purchased in advance (I’m not sure why). It is possible to walk the stairs, but not many choose that route for obvious reasons.  Mall Road’s pedestrian walkways were a welcomed break from Delhi’s daredevil traffic. I forgot how much I like to walk. Aside from the products at the Honey Hut and local fruit wines, I wouldn’t say that there’s much on Mall Road that can’t be bought in any other north Indian city. But it was certainly pleasant to give a gander. The food isn’t much to write home about, but it is cheaper than I expected for a tourist haunt.  After all though, no one heads north for cheap eats or less traffic. They go because the people are nice, and certainly less aggressive than what I’ve become accustomed to. The views are amazing and the greenery is simply gorgeous.

I may have been just another of the over 2 million tourists who travel to Shimla each year, but the three day trip was two years in the making and well worth the nine hour drive. While I didn’t actually get my arse on the bloody train, I am really happy that I finally did make it to the city of Shimla. It is there that I was able to celebrate how far I’d come since those initial days in Washington when I found out that I was destined for Delhi living. To mark the occasion, I downed three bottles of fruit wine while doing this: 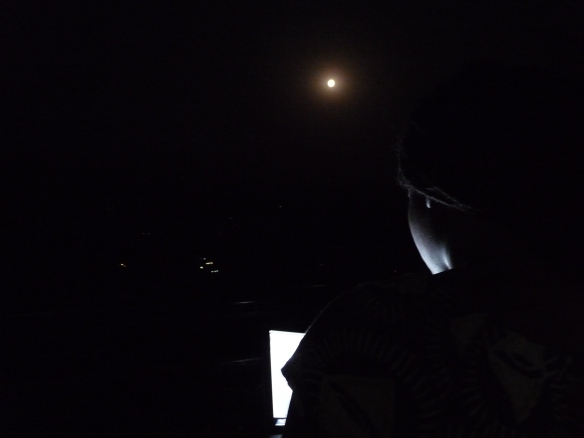 I woke up the next morning to this: 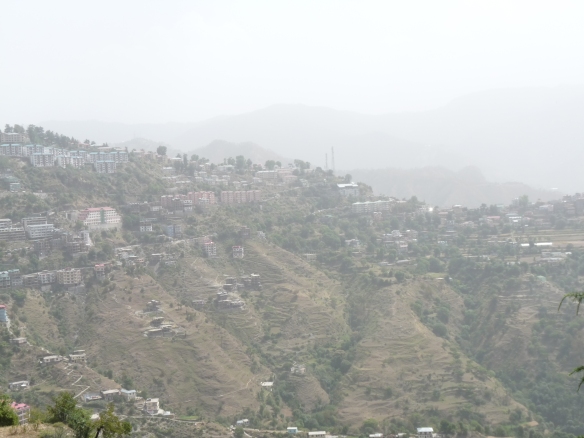 …and immediately thought, “bloody hell!” Do I really have to go back to Delhi?!