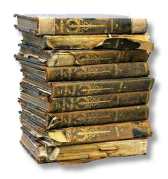 The year before last, I could only manage to read 48 books. Not even one book a week! #epicfailforanerd But this year, I was determined that I would finally read 52 books and Nikki would not beat me this time. Once again, I set her in my sights and she – clearly – didn’t even know it. Surely, I’d blow her book goals right out of the water. Right?

Wrong! Once again, Nikki is not even thinking about me! While I went above and beyond, tallying 54 books this year, she’s off dressing up her daughter as a lion and going on African safaris. Sometimes, she and her husband even stage a safari in their backyard and pose their costumed daughter as the lion cub that they’re spotting in the wild. I mean, it’s pretty darn cute. And creative.  Damn you Nikki! I can’t win with you…

Alas, in 2013 I spent most of my time researching Indian culture and folklore, so a lot of last year’s books were academic in nature and/or Indian in authorship. Not all, but most. So, without further ado or more Nikki acclaim, here are my top 5 books of 2013: 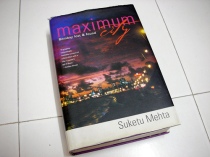 Maximum City Bombay Lost and Found is my favorite book of last year. And the irony here is that it was the very first book I read. So, it was downhill from there. But, talk about dissecting a city from its inside out! This book is a literary feat. It is a page turner that’s true to the city it preaches to know. There’s drama and sex and love and violence – all representative of a city that’s meant so much to me. I can’t recommend this book enough for those of us who have been to and enjoyed today’s Mumbai.

Shantaram is Maximum City’s whorish twin sister, in book terms of course. It’s the tale of an escaped convict from Australia making his way in the Mumbai underworld. It speaks of the Nigerians and Afghanis. Drug dealers in plain sight at Cafe Mondegar. And foreigners with fake passports and friends in rat infested slums. The author claims the story is all fiction, but it’s rumored to be a memoir. I can’t imagine how anyone could make up 963 pages of this stuff without some serious life experience for inspiration.

The Twelve Tribes of Hattie is the unsung story of Black motherhood – its efforts and short comings. The stories touched me on a personal level, as I felt familiar with the post-Great Migration characters and the inner city family drama. I don’t say that lightly though, because in my opinion contemporary Black protagonists often come off as overdramatized caricatures or underwhelmingly kitsch. Let’s be honest, we’re living in Tyler Perry’s wake. These historically accurate representations through Ayana Mathis’ words are long overdue, however.

The Lonely Londoners is a short and easy read, but rich with texture and spirited characters. I came across it when researching the Indian Diaspora in literature. I read it not really expecting what I found. The author explores the recent immigrant experience in London, but not only from the Indian perspective. In fact, it’s primary characters are Caribbean immigrants. Like Mathis’ depiction, Sam Selvon gives short snippets of just how hard life can be for people who are trying really hard to make a dollar out of fifteen cents. Its characters are in a silent struggle, not in vocal rebellion. This read left me with a softer heart.

Faces in the Water is where magical realism meets the unfortunate reality of female infanticide in contemporary India. The premise is that a little boy spends a summer at his family’s ancestral farm and discovers the water well that supplies the home. In it, he sees faces – female faces. More than one. You’d have to read the book to figure out who these girls are and how he resolves knowing how they got there. I loved this book not just because it tackles an issue that most people won’t even acknowledge, but it highlights that it’s not a practice that only occurs among the poor. And, more importantly, it empowers a male character – a young boy – to take action against injustice, to be a women’s rights activist, to be a better man than his own father.

The Emperor’s Children by Claire Messud: Where to begin? Maybe I’m just sad that this book is a book. It’s about a bunch of rich New Yorkers making asses of themselves and each other. It’s a New York reality – unfortunately – but the story doesn’t scream book worthy to me. And, I just found out that the author is a fellow alum of my high school, so I’m even more disappointed. The writing was convoluted and full of misplaced modifiers. If there’s one thing a Mustang can’t stand, it’s a misplaced modifier.

Arranged Love by Parul Mittal: Woe, the days of my life that I can’t get back! Maybe I need to have grown up on the Indian subcontinent to understand why this is supposed to be a love story, but this book is weird and lame. There are much better stories of arranged-come-love marriages. Read the Namesake and don’t waste your money or life minutes on this book!

Confession of a Buddhist Atheist by Stephen Batchelor: Some memoirs are just journal entries that people should later burn. This book is one. Buddhism isn’t a religion, so…. what’s this atheism schtick?  Hence, there are fundamental problems with this book and it’s premise. Sigh…