Outside of my hometown, I consider myself to have “lived” in very few cities. Soon to join New York City, New Delhi, and Zaragoza is Maputo, Mozambique, which makes for four continents over the course of 15 years!  Unlike Raven Simone, I actually know the difference between a country and a continent, so I’d say that’s kinda a big deal. I’m quickly coming upon my one year anniversary in this southern African town and it’s got me reminiscing on the biggest lessons I’ve learned since embarking on a life of travel and subdued mayhem. People often ask me for tips and tools for life lived abroad. Usually I’m stumped by the combo of negatives and positives, much like the “Giving Tree,” but for this occasion I’m going to share the top ten lessons I’ve learned from living on the road…

10- Race is a figment of many people’s imaginations, but it’s real.  – I’ve been stared at like I have 3 heads in India. I’ve been called “Negrita” in a loving way, really. I can speak 4 languages, but I still have very few close friends that are of a different race. There is no such thing as post-racial. No matter where you go, people codify color in ways that will make your head spin. One isn’t worse or better, it’s just the stories people tell themselves to understand where they fit in a social order that you may not yet understand. You can’t wig out every time someone does something “racist”  or else you will be the subject of multiple international incidents. I’ve learned that understanding people’s thinking isn’t the same as accepting it. Understanding is something you can achieve with time & travel. 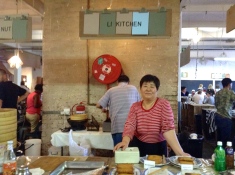 9-  Life is better lived when you can eat everything you’re offered. – Just friday, I was browsing the menu of a hot spot in Maputo and noticed ‘hamburger de espada.’ I asked what ‘espada’ was and I was told it was a fish. “You know, it’s mainly for the vegetarians,” the waitress said with a straight face. As a person who has traveled the world with food restrictions, I can tell you that I feel like I’ve been restricted from taking full advantage of the cultural connection food offers. I’ve been handed chicken and told “but it’s not meat.” When I turn down the dish, then I feel bad and undoubtedly I’ve just offended my host. It sucks. If you can eat everything that comes your way, you’ll be the better for it.

8-  Being bilingual is a gift. Being multilingual is best kept a secret. – I learned my first second language when I was 15 and I always used my powers for good. I always helped the Spanish speakers who looked stranded on the subway tracks staring at the English map. But then once Portuguese and Hindi started to muck up my brain waves, I’ve become very strategic about when to reveal my tongues. Seriously, it just makes my head hurt to switch between languages, and I’m always second guessing if I said the right thing in the right language. It stopped being cool the time I went to the nail salon and could actually understand all the languages being spoken by the workers – and they weren’t saying anything worth listening to. And just last week Thursday I went to a Zumba class and knew the words to all the songs. It was pretty cool at first, then I started to trip over my own feet while trying to translate “Chori chori..hum gori se pyar karenge.” Seriously, I almost long for the days when it was ok to just listen to people talk and not know what their words mean.

7- Money doesn’t make the world go ’round, but you’ll never make it around the world with no money. I’ve never said that I travel on a shoestring budget. Rather, I’d say that my travel style is modest – I like guest houses and family owned B&Bs. I think my approach comes from the reality that I don’t have the luxury of treating travel as a luxury. It’s a part of my life – much like brushing my teeth twice a day and checking emails, it’s so integrated that it’s hard to consider life without it. That said, many people blame their inability to travel on money and that’s just a thinly veiled lie. Travel is not about how much money you have. It is instead about how you choose to spend it. Some people will blow all their cash on souvenirs to show others that they’ve been traveling. Some people will eat through $300 on an exotic meal and great wine. Some people will not go anywhere because they value spending their money on things rather than experiences. Either way, money isn’t what matters in life, but travel is about finding a way to be comfortable in uncomfortable settings. That doesn’t come for free. It really does hinge on a cash flow that suits your travel needs and the currency of friendship, which can help you save your tour guide money and explore the joys of couchsurfing.

6- Art is life. No one remembers a city because it looked intelligent. You remember cities when they strike you visually. Barcelona and Chicago have a special place in my heart for their artsy architecture. Bangkok’s street graffiti juxtaposed with traditional Thai residential neighborhoods left an impression on me. I fell in love with every street corner in New Orleans’ Marigny and French Quarter neighborhoods, because of how delicately history and art were interwoven. Art tells all – the cultural struggles that exist or don’t. Even the absence of art can leave an outsider with very strong impressions about how little a people value or can access this mode of communication and expression. Beyond the galleries and sculptures, a city’s art scene (or lack there of) says a lot about what is important to the city’s inhabitants.

5- You always have it better than someone else, you just may not yet have met that someone. Many cities I’ve visited have had their flashy sides of town and their gritty underbellies. Usually people in both sides have a rivalry based in their lack of mutual understanding, nevertheless this tension can really be palpable to a traveler. What comes with more time and travel to different places is this sense that the rivalries in that one small place are just distractions from bigger issues. In Dubai, I was disgusted by the labor camps and the practices to help build this town of glitz in the middle of an inhospitable desert.  But then I thought, well having seen some slums in Delhi, I can imagine why someone would choose to be the lowest in the Dubai hierarchy, rather than somewhere in the murky middle in Delhi. Even when it seems like life in a particular place is unfair and unjust, there is always another place where people have it far worse. Sometimes it’s best to focus on the positive affirmation of what’s going well where you are in that moment, rather than focusing on the negative rivalries that seem more present and palpable.

4- It’s best not to compare traumas. Piggybacking off #5, I can’t tell you much I value people who can understand history and not compare traumas. People have asked me if I think slavery was worse than the holocaust. I’ve been asked in Portuguese colonization was worse in Cape Verde or Mozambique. I actually dropped my Spanish history class in 1999, because my instructor said in class that “Spanish colonialism was better than all other kinds of colonialism, because at least the colonizers mixed with the locals.”  Whatever makes people sleep better at night is their own business, but I would caution against statements like these that pit one place/time period’s inhumane treatment against another atrocity of a different hue. Can we just all agree that none of us really know (and we should quit before someone ends up saying something hella racist)?

3- Friendships come (and go), but they ARE the journey. Much like seasons, friendships have their moment. Good ones are cyclical and they are consistent despite the changes. Others, not so much. Each is important in its moment, no matter whether the lesson is learned from a negative or positive experience. I’ve traveled around the world, often staying with people who I knew, but didn’t really know very well until I shared a night under the same roof with them. Some connections were brief. Others dwindled, but I do feel that the friends I’ve met and made in many towns all over the world were really the reason why I have certain travel memories in the first place. I’ve been to carnival in Bahia and I can’t separate that from having met Urania. My first trip to Jamaica was spent at Teelie and Leslie’s place in Gordon Town. Were it not for them, I suppose maybe I wouldn’t have grown this lust for travel and the assurance that no matter where I am I’ll make the friends I need to make in order to enjoy that space to the fullest.

2- Social media is the best thing that’s happened to me since birth. I got my first cell phone while living in Spain. I was 15 and it was a necessity. Our school had a computer room with 2 computers with internet and 50 students had to take turns sending emails and chatting with friends between classes. I remember thinking then that one day we wouldn’t have to ration our time spent staying connected. So, long gone are the days before Skype and Twitter and Instagram. Perhaps, now, there is the opposite challenge – it’s harder to unplug while traveling these days. I doubt I could have stayed as far away for as long as I have if I didn’t have the modes of modern communication to feel that I’m not as far away as it might seem on a map.

1- Being a critical thinker is priceless. Being judgmental is useless.  From the likes of #4, #5 and #10, I hope you can tell that I learned to form my own opinions from a variety of experiences. Being an analytical thinker is the only way you can travel, absorb, and benefit from the experience. However, India in particular taught me that it is okay to strive to respect behaviors and practices you don’t fully understand and, even from what you do understand, you don’t like.  Being overly judgmental runs the risk of having others be offended and shut you out, then you’ll never even have the opportunity to be exposed enough to learn more.  Respecting isn’t the same as accepting, it’s being tolerant. I’ve learned that I don’t always have to have an opinion about something or someone, sometimes the curiosity to continue to explore is good enough – especially in a foreign setting. I’ve become a big advocate for learning and respecting, with no strings attached.

I often say my farewells through food and this departure is no different. So, here’s a collection of all the stuff I’ve been trying to stuff in my mouth before America is a place of my past. Feast your eyes on my guilty pleasures. 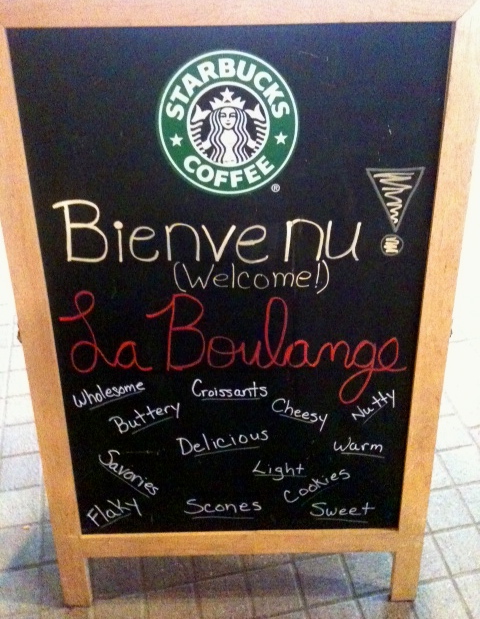 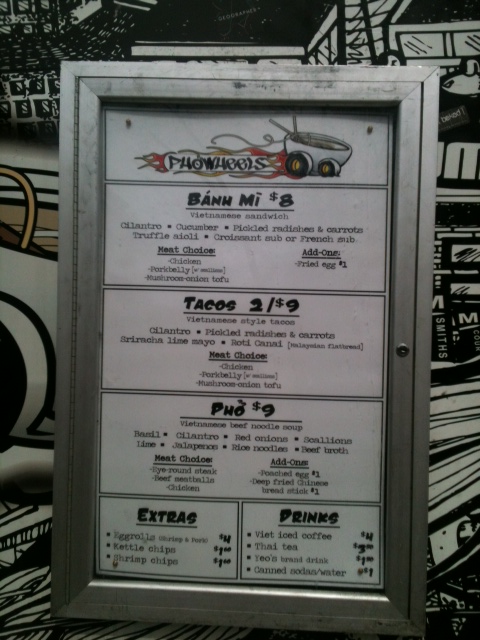 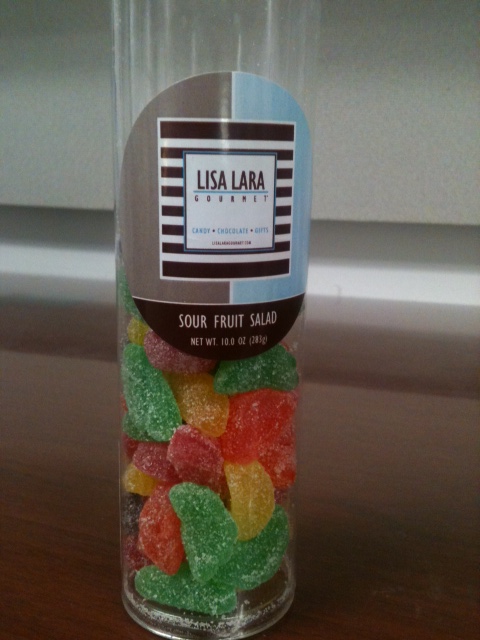 Sharp Cheddar with no additives from Mom’s Organic Market!

Nutribullet green juice chased by red wine! (In that order)