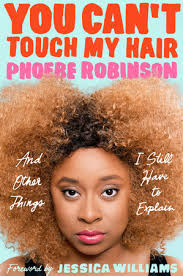 I am one of the many women who went to work on March 8th. I could say that I was in turmoil over it, but that would be a lie. That’s what I do… work. Every day. No days off (Wale voice).

I knew what I signed up for in this career and I knew this day would come. There’d be a moment when I’d be toiling over minutiae while everyone else was out fighting a good fight that I felt should be mine. This happened last year for any number of Black Lives Matter protests. It happened years before many times over. But, alas, life is not made of newspaper headlines or twitter rants. It is not the meta-narratives of history books that one lives while history books are being written. Instead, it is the particular histories of daily life that all seem mundane individually, but are collectively more than the sum of their individual parts.

In light of this, I’m sharing my mundane Women’s History Month resistance routine. The month started off with making a donation to WNYC studios so that podcasts like 2 Dope Queens and Sooo Many White Guys could continue to give me spurts of joyous laughter between monotonous policy drafts and email responses (#trypod). Luckily for me, there was an option to get Phoebe Robinson‘s (1 dope queen) new book “You can’t touch my hair..” I thoroughly enjoyed it and, as a result, snorted a few times. With that in my memory bank, I’ll be symbolically burning a bra all month long. Here’s how: 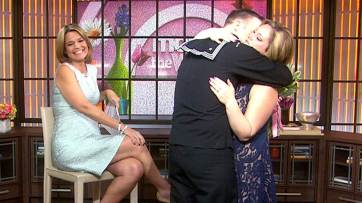 The lady on left is looking how I’m feeling! (Today Show)

1 – Making my husband visit his mom!  – This trip is the gift that keeps on giving. My mother-in-law is the salt of the earth. She’s also very sane. Her physical presence in the life of her eldest son is very sobering for all who witness it. He, of all people, could use her grounding right now. I, on the other hand, could use some alone time, followed by girl time, followed by work like a dog time, followed by more girl time. Snowball effect accomplished.

2 – Reading Sonia Sotomayor’s biography – I’m going to read more about Supreme Court Justice Sotomayor’s life, because I hear she’s got a great journey to share. I also feel it will balance out Phoebe’s book in both heft and severity. I can’t just laugh and cuss all month long. I need to be inspired to do something positive with the platforms I have. I’m hoping the judge will remind me of  a time when public servants and leaders were actually admirable and inspiring; I wanted to be in that number. It wasn’t that long ago. It’s good to know that some of them are still around – kicking and screaming beneath very powerful robes (keep the cape). And, like me, she’s not an immigrant, so at least we have that in common.

3- Self care – Ask me why I have a physical, dental exam (w/ x-rays) and spa day booked before the end of the month ? My response is a direct quote from Audre Lorde: “Caring for myself is not self-indulgence, it is self-preservation, and that is an act of political warfare.” — A Burst of Light: Essays – I won’t be undone, disarmed, minimized or placated, so long as I am well fed, well rested, well loved and able bodied. My job is to stay that way! 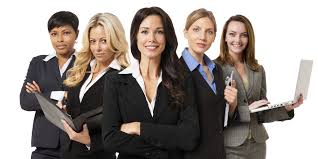 4- Starting a business – My amateur meanderings have led me to two very stimulating entrepreneurial endeavors. And rather than pussyfoot around any longer, I’m finalizing the LLC for one of them this month and reserving the business name for the other. Not regularizing my business investments leaves me personally vulnerable and that’s not sustainable or growth minded. See, ya’ll, I’m speaking that business-lady talk. Bossy pants all month long! #queenboss

5 – Writing an article on women of the Diaspora – In the works, as I type, is a piece I’m co-authoring with my PhD advisor on 2013 research data I collected in India. It has taken a combination of guts, cajoling, and stagnation to get me to the point where I can finally write this long overdue academic article. Hallelujah! The day (or month) has finally come. My March 24th deadline for a draft is well timed, because I’m sure that my academic sisters, mothers, and friends will help me finally execute. “We can do it!”

Even if you don’t take on one of my 5 pillars of the month, you too can create your own mundane resistance routine. I’m sure you’re wondering how to make a difference within the parameters of your daily routine. My advice? Choose daily wins and small victories with big impacts. Deliberately support businesses and development efforts of women. Affirm their femininity and their excellence. Hug a woman you love, or a man who loves a woman you love. Stop, smell some roses, and then… get back to work! There is soooo much to be done. 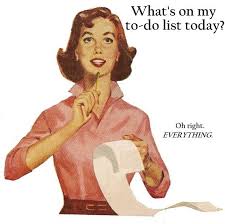 There are days when Asa wakes up and feels the sun on her face and the dusty breeze through her braids and forgets – for just a moment – that she’s living in Mumbai.  It’s not an easy thing for me to forget.  Living in Mumbai always means that there is a taste of sea salt and street grit in every bite of life.  Waking up with a craving for puri or a frankie from Colaba is often a reminder that gently nudges me awake in the morning.  Today, for a minute though, she was in that place of half sleep where she could see a vision of her brother and her cousin Trey on the steps of the house on Eastern Parkway.  It was just a glimpse of their profiles, from an odd, non-existent angle.  She swept by on her way to first Fridays and only glanced back at their faces before beginning her spritely stroll to her fictitious evening of acculturated fun.  It was balmy that night in her dream, like any other real summer night in Brooklyn.  Balmy is the perfect way to describe every day in Bombay.  The resemblance clings.

She is here working at an NGO that helps women from battered and abused situations.  Battered and abused often is a synonym for sexually abused and devastated.  Yet for the sake of propriety, some semblance of dignity in not knowing what everybody knows, we’ll say battered.  Some were married off to boys who took the dowry, banged the bride, and auctioned her off in Kamathipura on his way out of dodge.  These things happen, people say, and Asa thinks she could help.  Working at Safe Horizon had given her some sense of this purpose when she was home.  She has always longed to fulfill this feeling of actually helping someone become someone.  Not a new someone, not like the witness protection program, but someone actually worth a second chance at life.  “Someone who was genuinely a victim,” she’d justify to herself on those lonely sleepless nights in Khar West.

It’s a credo that expats like us understand.  Picking up and moving to the other side of the world to be someone new is something we understand.  Asa has a gift for explaining this to the Sangeetas and the Shivalis of the interiors of Maharastra and Bihar who somehow find themselves washed out on a filthy mattress on the floor of a hovel.  It’s like a nightmare out of Shantaram until Asa (and Kavita, the translator) comes along to go door to door asking if there are underage women there – working – who don’t want to be there – working.  She does the grunt work.  Her black conveys trust to their brown, when my white seems to convey pity.  Both are unintentional.

This started as an internship.  Actually, she was hoping to score something full-time at home, but the economy just isn’t booming like it used to.  Being a social worker at a community based organization really isn’t the best come up for a Binghamton grad, but native New Yorkers do have that on the rest of us.  They can afford to wait out the city, see what comes up, see if something sparks.  They have no fear of late rental fees and peanut butter sandwiches for dinner.  She worked at Safe Horizon for about 4 years and had only recently learned about the safe houses in the Bronx.  But nothing really came together for her as well as it did for the women she considered clients.  It felt so incongruent to see them rebuild their lives and for her to feel so stuck – financially, sure.  There’s also the fact that at 27 she couldn’t pretend that living at home was just a temporary state. I’m not sure how she came to find the job, but she came to town with just one bag and that was a year ago.

When I left the apartment this morning, she was just blinking awake and the sunlight was peaking through the curtains on the sea-facing window near her bed.  The fan was on low and her hair blocked only half her face from the sun.  She rubbed her exposed eyelid with the back of her hand like an infant whose immature vision only allowed the sight of fuzzy shapes.  She looked a bit lost in time and space, for just an instant, but she’ll soon be herself again.  She’s got to renew the lease with the Gangulis and buy a new lamp at Fab India today.  She’ll wake up soon and snap back into the Bombay she’s made for herself.  She’ll see the Sealink and remember that she’s got a big day ahead, and she’ll be glad she came – just for an instant.

I, on the other hand, will be glad all day long – until I come home for lunch to see her breeze past me to hustle out the door.  Braids in a bun, jeans under a kurti, she’s ready to face the hardest, oldest, baddest, whores, sluts, and prostitutes of Asia.  When she turns to look back at me over her left shoulder, she’s got a kulcha hanging between her teeth and her keys in her left hand.  The bread muzzles her words, so she speaks more with her chestnut eyes than her mouth. “See you later. Dinner, ok?” I nod, “sure,” but I’m lost in thought.

I’m struck by how busy she’s become being Bombay’s Michelle Pfeiffer or, better yet, the red light district’s Mother Theresa.  A year ago, she was just Asa James, a girl from Brooklyn, running away from Brooklyn.  Today, she isn’t that same person.  I couldn’t tell you who she is exactly, but she’s not that.  Come to think of it, she couldn’t tell you either. That much I know for sure.  She has no clue anymore.